During the period various researches are conducted to get different varieties of pulses and study on which variety which suit to which soil is conducted. The detailed analysis is captured in around 10 pages biomedical report and are provided to farmers to further enhance their understanding and to know whether they benefit and to what extent.

Line sowing technique was incorporated against traditional Broadcasting technique. It was found that the seed consumption per acre was drastically reduced and better productivity was archived thereby reducing expenditure. Both the technique was incorporated side by side and the visible changes were brought in front of farmers. Further various GP trail were conducted in front of government officer in 5*5 metre land covering 220 plots. It showed noticeable difference between both the techniques. 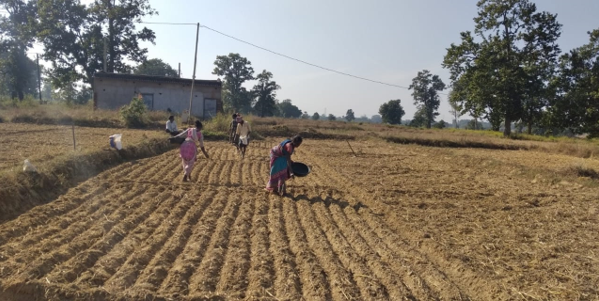 This project further helped farmers in understanding per acre consumption (30kg) of fertiliser. Harman (vitamin) spray which costed around Rs 400-500 was replaced with DAP which costed around Rs10. This drastically reduced the costing in maintaining crop health. Further better productivity of 5 quintal per acre was achieved in contrast to 3 quintal per acre with 2% DAP use (15gm in around 10-15litre).

Before sowing moisture content in soil was monitored and appropriate water requirement was met. Priming to soak seeds in water to enhance germination was incorporated in some situations.

Seed treatment where per kg, 2gm babstin/thiram powder/ tricodama bridi powder was used and it was kept for around 7 days in a pot. This technique spread across 40 plots. 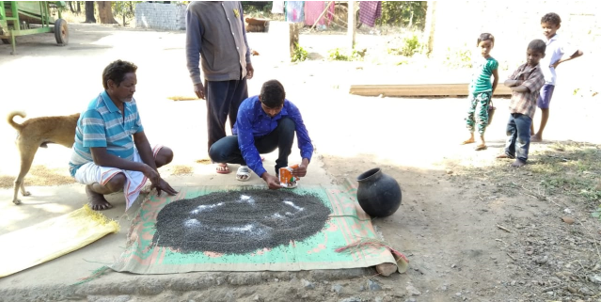 Rhizobium culture was followed to gain better productivity. Rhizobium is a bacteria found in soil that helps in fixing nitrogen in leguminous plants. It attaches to the roots of the leguminous plant and produces nodules. These nodules fix atmospheric nitrogen and convert it into ammonia that can be used by the plant for its growth and development.

Through this use of advanced technology, seed system and improved buying patterns, farmers less spent less, duration was reduced and less watering was required. Short duration seed were given free to farmers on trial basis. Till now out of 96 hectors in Kalahandi, 40 hectors spineless Cactus sowing is done.